Come Together, by The Beatles, has been covered in many ways by various bands. Take a look at some of the most popular covers of this song.

Come Together, written by John Lennon and performed by The Beatles, came together when Lennon was inspired by Timothy Leary's campaign for governor of California titled "Come together, join the party" against Ronald Reagan. This didn't last long, as Leary was sent to prison for possession of marijuana.

It has been speculated that each verse of Come Together refers cryptically to each of The Beatles (eg, "he's one holy roller" allegedly refers to the spiritually inclined George Harrison; "he got monkey finger, he shoot Coca-Cola" to Ringo, the funny Beatle; "he got Ono sideboard, he one spinal cracker" to Lennon himself; and "got to be good-looking 'cause he's so hard to see" to Paul); however, it has also been suggested that the song has only a single "pariah-like protagonist" in which Lennon was "painting another sardonic self-portrait."

Regardless of its origins, it was the beginning of something special--a song that's garnered acclaim, has been part of the heartbeat of a generation, and has been covered countless times. Let's take a look at 15 of the most popular covers.

But first, the original:

While Eurythmics covered the song in 1987, it was not released until 2005 as a bonus track on the digitally remastered version of Savage.

Kate Bush performed Come Together with the KT Bush Band in 1977.

Spiralmouth covered the song on their 1999 self-titled album. The arrangement also incorporated elements of I Want You (She's So Heavy).

Godsmack recorded this track for their 2012 album, Live and Inspired.

Joe Cocker appears on the 2007 soundtrack to the film, Across the Universe, with his cover.

Black Label Society covered the song for their album, Kings of Damnation 98–04.

Before John Lennon's induction into the Rock n' Roll Hall of Fame in 1994, Axl Rose and Bruce Springsteen performed this cover.

On Top of the Pops 2 in 2003, Craig David performed this live version.

Tina Turner covered the song for the 1976 musical documentary, All This and World War II. Prior to that, her cover was featured on her and then-husband Ike's album of the same name, peaking at #57 on the US Hot 100 and #21 on the R&B charts in 1970. 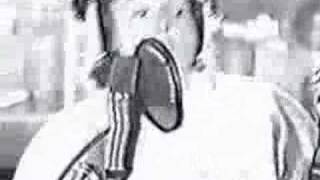 Noel Gallagher and Paul Weller played with Paul McCartney on a version of the song for the 1995 HELP charity record, under the name The Smokin' Mojo Filters. This version made it to #19 on the British chart that December. In 2005, Weller recorded a new version of the song as part of a double A-sided single.

Elton John covered the song as a tribute to John Lennon during his One Night Only: The Greatest Hits Live at Madison Square Garden 2000 performance.

Aerosmith performed one of the first and most successful cover versions of this song. It was recorded in 1978 and appeared in the movie and soundtrack to the film, Sgt. Pepper's Lonely Hearts Club Band, in which the band also appeared.

This was the only Beatles tune that John Lennon sang during his 1972 Madison Square Garden concert. It would be his last full-length concert performance, and his only one after leaving The Beatles.

Covering the song on the Hands All Over 1990 single, Soundgarden gave it a very grunge metal sound. The band's cover also appeared on their Loudest Love EP.