No matter if its in the blood or bred from a musical environment, the fact remains that these eight famous fathers of music had some seriously talented kids.

Do apples really not far from the tree? Are certain qualities truly passed down to children, even characteristics like musical talent? Some would say no (probably because they're desperately trying to not become just like their parents) but after a read through this list of famous musical fathers and their similarly talented children, it'd be hard not to agree.

Whether it's more nature or nurture, you can't really tell, because both having musical genes and growing up being the child of a famous musician must definitely influence one's personal evolution. No matter if its in the blood or bred from a musical environment, the fact remains that these eight famous fathers of music had some seriously talented kids.

Before his successful acting career, Will Smith was something of a rapper whose most infamous track (other than "Gettin Jiggy with it") may be the intro to "Fresh Prince Of Bel Air," a tune anyone who grew up in the 90s can recite in a heartbeat. Willow Smith, Will Smith's daughter, seems to have taken to music a bit more than her pops, and at a much earlier age. A hip-hop pupil of Jay-Z, being the youngest artist signed to his label Roc Nation, Willow Smith has already released to mega-popular singles at the young age of 15, and has just released her new track  "F Q-C #7" (pronounced Frequency Number Seven) that she wrote and produced herself. 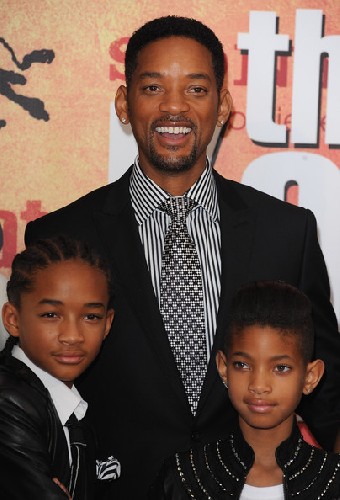 Reggae legend Bob Marley has a lot of kids, and three stand out with musical careers that rival their father's. Stephen Marley is six-time Grammy winner, including the 2012 Grammy for Best Reggae Album, and a member of Ziggy Marley & The Melody Makers. Ziggy, born David Nesta Marley, is the eldest Marley son, who has released 5 solo albums, with his latest Fly Rasta winning the Grammy for Best Reggae Album in 2015, and sang the infamous intro to the Arthur cartoon show. Youngest of the Marley sons, Damian, is also an accomplished musician, being the only Jamaican reggae artist to win two Grammys in the same night along with the only one to win an award for the Best Urban/Alternative Performance category. Damian has also collaborated with the likes of Skrillex, Nas, and Mick Jagger. Those Marley-musical genes run strong. 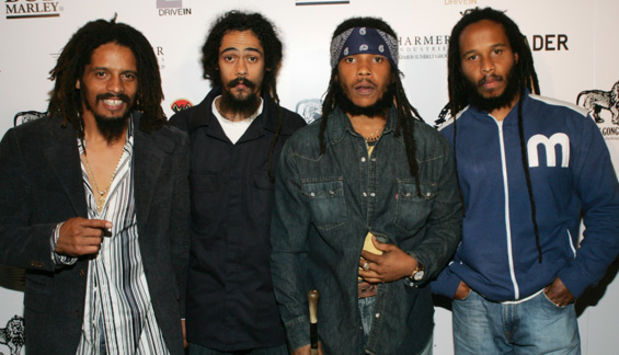 Jessica Simpson may have tried to rebrand the infamous track "These Boots Are Made for Walkin'" in 2005, but Nancy Sinatra, daughter of the oh-so-infamous Frank Sinatra, made the song famous in 1966. Nancy Sinatra may not have achieved the same level of fame as her pops, though that isn't to say Nancy didn't do pretty well for herself on the music scene. You may remember Nancy's cover of Cher's "Bang Bang" from the intro to Kill Bill: Vol. One, or from her cinematic roles in Speedway with Elvis Presley and Marriage on the Rocks, where Nancy & Frank played a father and daughter duo. Damn that's meta. 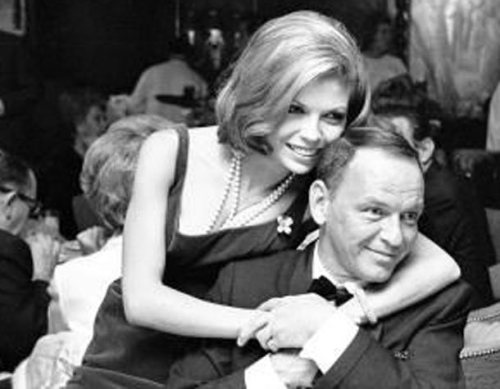 You have no doubt heard of Nora Jones, winner of nine Grammys and plenty of chart-topping hits, but the father of Madam Jones may be a little less renowned. Nora Jones' father is the now-deceased Ravi Shankar, a rather famous Indian sitar player. A celebrity in India, Shankar gained international recognition when he toured Europe and North America during the late 50s and 60s. During the tour, Shankar's sitar playing influenced George Harrison of the Beatles and his work is known to be one of the major influences that led to the "raga rock" musical trend. 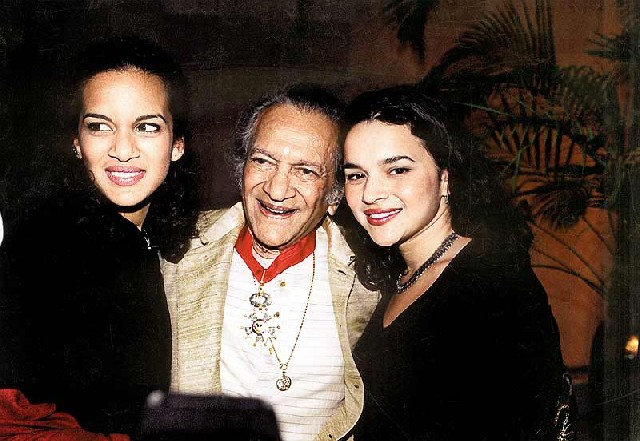 Before Enrique there was Julio, though both are incredibly successful Spanish singers. Old man Julio is credited with creating over 20 albums, selling more than 200 million altogether, and is one of the best selling music artists ever. Enrique has a ways to go to live up to his father's success, but having already sold more than 100 million records worldwide, he's well on his way to meeting his dad's success. The singing father and son actually played their first show together this past May, with a second set for July 2nd in Bucharest. 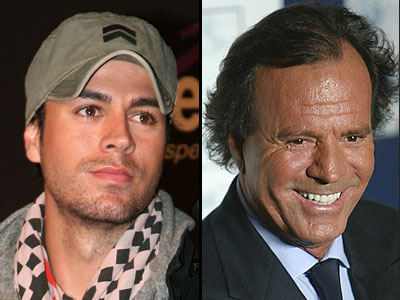 Say what you will about the quality of music created by the Cyrus clan, you can't ignore both Billy Ray and Miley's popular success. A major country megastar, B-Ray Cyrus has released twelve studio albums, and his single "Achy Breaky Heart" is one of the best-selling country singles in musical history. All that annoying catchy musical talent was definitely transferred to his daughter Miley, who after known as singing teen sensation Hannah Montana, grew into the wild 'n crazy female musician behind "We Can't Stop" and "Wrecking Ball." 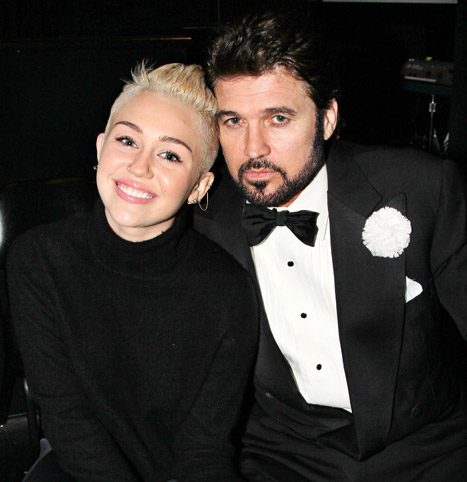 Any fan of hip-hop knows who, and probably loves Nas' work. Having sold over 25 million records, and ranked among the best MCs of all time by MTV, Source, and a plethora of other organization, chances are you know Nas even if you aren't into rap tunes. Nas' dad, Olu Dara, is a little less known, but was still a successful musician in his own right. A jazz musician active since the late 60s, Olu Dara has released two full jazz albums as leader of the band, and has been featured on over 20 others. The pair have even collaborated on 5 different tracks, all on various Nas albums. 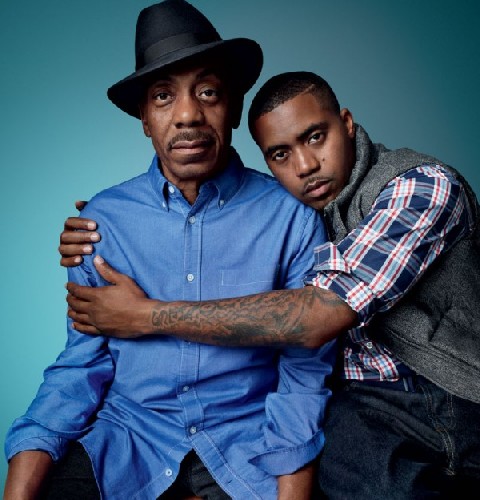 Cool vocals definitely runs in the Cole family genes given the music produced by Jazz legend Nat "King" Cole and his daughter Natalie Cole. Although the father may outshine the daughter in certain circles, Natalie's contributions to musical history shouldn't be ignored, being the artist who created several famous R&B tracks like "This Will Be" and "Our Love" in the 70s. Taking a note (pun intended) from her pops, Natalie gained some serious success by covering tracks originally produced by King in the album Unforgettable... with Love, which sold millions worldwide and won several Grammys. 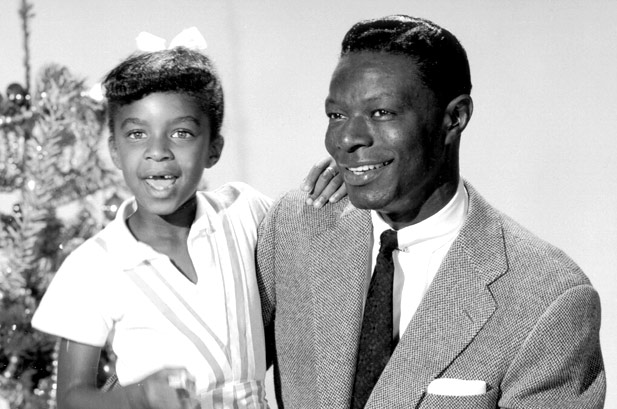