Album artwork has become a lost art. While the convenience of streaming music is something that many of us can't live without, there's something to be said about a self contained physical album that can be enjoyed from beginning to end. The cover's artwork sets the mood before the first track even begins. As technology has progressed, the impact of a large 12 inch image was lost during the transition to the smaller tape and CD formats, and the tiny digital thumbnails that we're now all accustomed to. While the quality of vinyl over lossless digital is heavily debated, one thing is for certain -- album art will always look better on a larger vinyl cover. This is part of the reason for the resurgence of vinyl over the past few years. Today we explore some of the most gorgeous and iconic album art covers of all time.

Fleetwood Mac's Rumours' cover only features Mick and Stevie; the former dressed as Rhiannon. I'll be frank, I somehow only recently noticed the wooden balls hanging from Mick's belt. 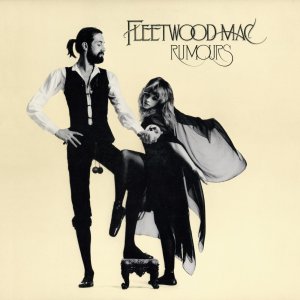 The Prodigy - Music For The Jilted Generation

Stewart Haygart, the artist behind the cover was never really a fan of this one as he stated: "[..] the artwork kind of makes me cringe because I never liked it." Let's all disagree with him on this one, it's very memorable. 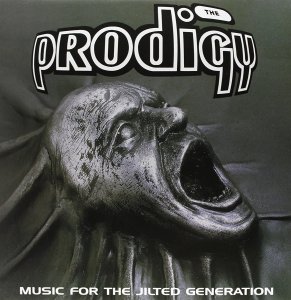 Originally, the album art for Nevermind was going to feature an underwater birth that Kurt thought would have been cool. Geffen Records found the aforementioned too graphic and thus, Spencer, the swimming baby was used instead. 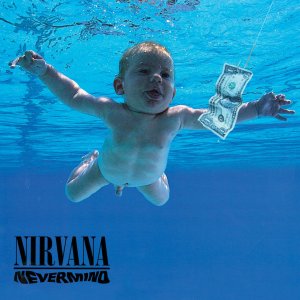 For some reason, front woman Karen O squeezing an egg until it bursts out of its shell while captured on a high speed camera is as mesmerizing as it is impactful. I would love to see a slow mo video of this one in action if anyone has it. 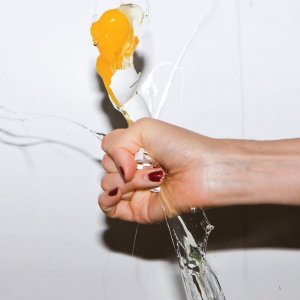 Maggot Brain features the head of fashion model Barbara Cheeseborough (R.I.P) trapped in dirt and being eaten alive by maggots. The back -- her bare skull after the maggots are done feasting. A cover art as ugly as the album's name. 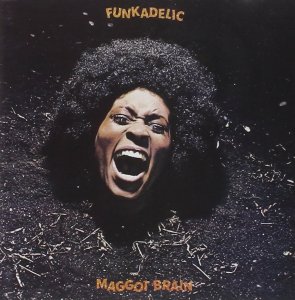 The Metallica logo is shown pulling the strings of the crosses in the cemetery. As Lars puts it, the artwork is summarizing the album's lyrics which were meant to manipulate you. 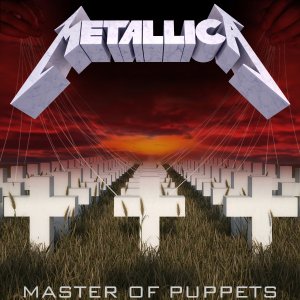 Led Zeppelin - House Of The Holy

The landscape on House Of The Holy is from the Giant's Causeway in Northern Ireland. The children are actually just two siblings that were multi-printed to make it look like 11 children (the rest are in the back). Neither the band's name nor the album can be found on the front cover. 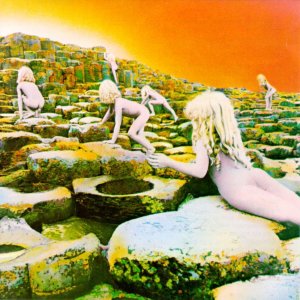 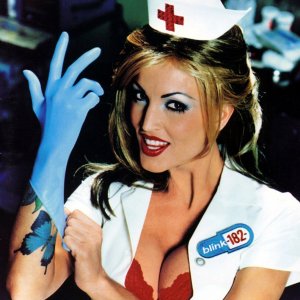 Originally titled "God Save Sex Pistols" and featuring a group photo, the album's name and art were changed to what we see today after Steve Jones heard a couple fans uttering the sentence to one another. The band had an obscenity case filed against them for the use of bollocks which was ultimately ruled in their favour after an expert witness found that bollocks used to mean nonsense in Old English.

There's no subtlety to be found in Green Day's American Idiot's cover but that doesn't make its message any less impactful. As part of their tour to support the album, the band sported the artwork's primary colors in their outfits. 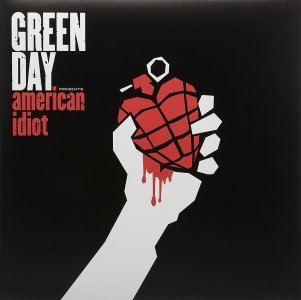 The Notorious B.I.G. - Ready to Die

That's not baby B.I.G on the cover but rather an infant meant to look like him. The album portrays Notorious' life from beginning to end.

In case you're wondering who all the lovely people on this cover are, here's the entire list. As for the meaning of the Sgt. Pepper's Lonely Hearts Club Band photo? That has been debated for over 50 years now. 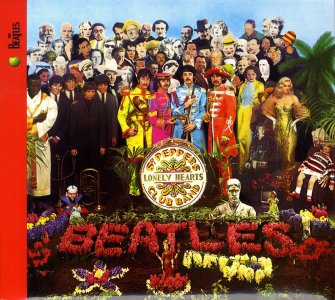 The photograph found on Things Fall Apart depicts a riot police chasing two black teenagers during the civil rights movement. This is actually one of five album covers for Things Fall Apart. Upon its release, fans were able to choose between five different covers. 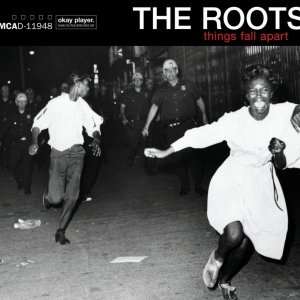 The artwork for Lost Horizons comes to us the band's own Fred Deakin. This was actually created via a 3d model using the Maya software. Early versions of the record had a six-panel cover that featured the same landscape at night and during the day.

This wasn't the artwork that was originally commissioned by the band but they loved this painting, by artist Margo Nahas, of a putto stealing a cigarette so much that they went with it.

When your album's cover makes a street corner a landmark, you know that you've accomplished something special. 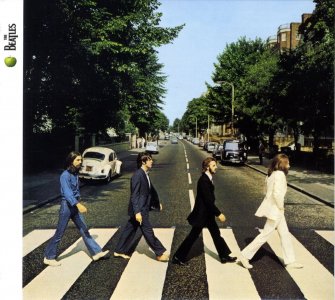 What you're seeing here is an inverted photo of a radio wave from pulsar PSR B1919+21. The album art was originally textured on the original version of Unknown Pleasures. 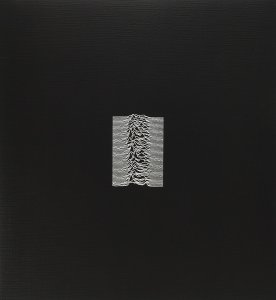 The iconic shot of Bowie with a lightning bolt over his face was once described by The Guardian's Brian Duffy as the "Mona List of album covers". 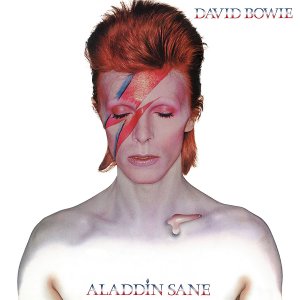 Pink Floyd - Wish You Were Here

This iconic cover depicts one man selling his soul to another. The man on fire is clearly unfazed by the inferno that has engulfed him -- see last year's "This is fine" comic. While Wish You Were Here's cover is memorable, what most people don't know is that upon its release, the album was shrink wrapped entirely in black and you couldn't actually see the record's art. 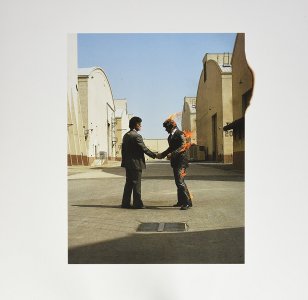 Tool covers have always been a mindf**k. Lateralus came with special 3D glasses built right into the case that let you see different layers of the human body. 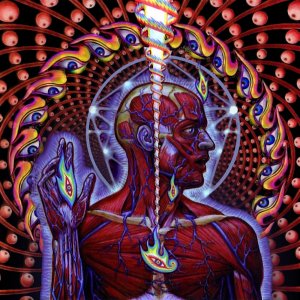 This is one of those cover that makes you want to buy the record based on aesthetics alone. A fantastic job by frontman Ralf Hütter.

Andy Warhol created this one so it shouldn't come as a shock to see it on this list. While this record's banana art is familiar to most, a lesser known fact is that only the original issued vinyls had a peelable banana. This caused some production delays but when you have Andy Warhol doing the art for your album, you know it's worth the wait. 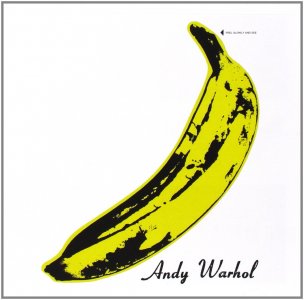 Toto's 1981 album Turn Back is simplicity at its best. Through clever use of typography using the band's name, the artist conveys the qualm in the figure's facial expression. 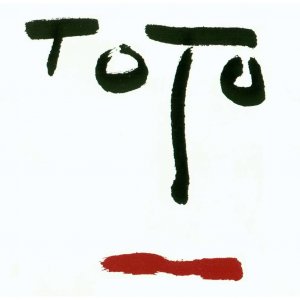 Pink Floyd - Dark Side of The Moon

Dark Side of The Moon's cover is so iconic that I'm pretty sure Pink Floyd are credited as the inventors of the light prism -- okay maybe not. What's impressive though is that neither the band's name nor the title of the album are featured on the cover yet everyone knows exactly what this is. 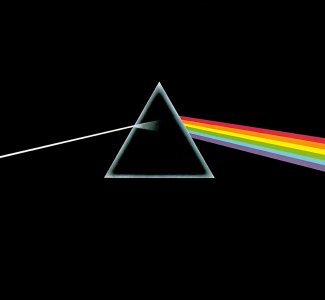